If you haven’t noticed, prepping seems to get more and more complicated as time goes on. That’s actually a bit of an illusion, as our survival needs haven’t changed any. But there are two things that have changed.

The first and most obvious are the number of products which are made specifically for the prepping and survival community. When I started in survival, nobody had even thought of many of them.

Unfortunately, these changes can make becoming a prepper a bit daunting. I just talked to someone yesterday who is new to prepping; their complaint was that every time they try and get started, they are instantly overwhelmed by everything they need to do. They haven’t started, because of all the “noise” that’s confusing what they really need to do.

But let’s face it, owning a solar power system or a customized 4×4 bug out vehicle is not going to meet any of our basic survival needs. While those are good things to own, they’re add-ons; chances are that you can survive just fine without them.

The most basic part of being a prepper is having a stockpile of food. Pretty much all of us start here, even if we have no idea of what prepping is. We universally recognize our need for food, even without any survival training. As we progress, our food stockpile becomes larger and more sophisticated, increasing our chances of survival. 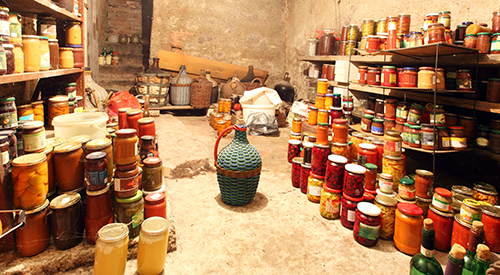 Unless you have a successful homestead in operation, which provides all the food you need, you’re not going to survive very long without a stockpile of food. Everyone will be looking for food in the wake of a major disaster, so you can’t count on scavenging it or harvesting it from nature. Therefore, a food stockpile is an essential ingredient in any prepper’s plans.

Related: If I Could Only Stockpile 10 Foods

It’s all but impossible to stockpile enough water to survive more than a few days. The problem isn’t so much that water is hard to store, as that we need so much of it. So unless you can fill half your basement with water barrels, chances are you aren’t going to have enough water to see you through. 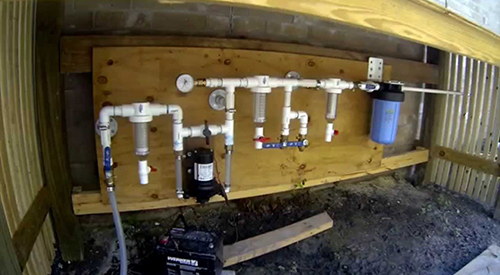 That’s why we need a good water purification system, something that will take whatever water we can harvest from nature and ensure that it is safe to drink, eliminating the microscopic pathogens.

I should probably add a known supply of water that you can count on in an emergency to this, as the water filter isn’t going to do you much good, if you don’t have any water to purify. Hopefully you’ve already got that, either through rainwater harvesting or some local surface water that you can harvest.

Related: How to Build a Water Purification System in 10 Minutes

While most preppers plan on bugging in, in the event of a disaster, you’ve got to be ready to bug out. Building a bug out bag is often the first real prepping project most of us undertake, recognizing the need to have some basic gear ready, in case our homes become untenable and we need to escape. 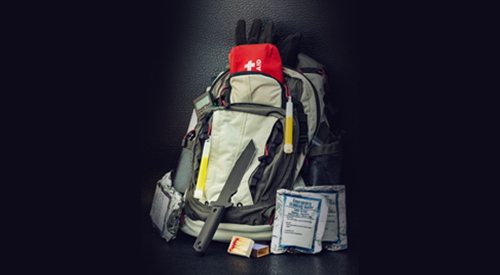 Of course, building a bug out bag is a project that never seems to end, much like building a food stockpile. You’re always finding something new to add to it. Nevertheless, you’ve got to have at least some sort of basic bug out bag, just in case something happens.

Related: My 3 Bug Out Bags (with Pictures)

Speaking of something happening, a true prepper will know where they are going to go and how they’re going to get there, if they have to leave their home. There are just too many situations which preclude the idea of bugging in, as we saw in the fire that consumed Paradise, California and the flooding that Hurricane Harvey did to Southeast Houston. 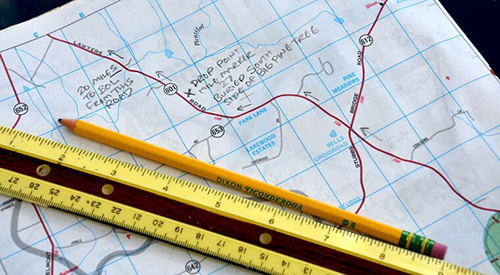 To be fair, I know a lot of preppers who haven’t finalized their bug out plans. That’s not to say they don’t have any plan whatsoever, just that it’s not complete. They haven’t finished thinking it through, so that they really know what they are going to do, including all the contingencies. Need to give those people a little nudge.

Related: 5 Maps You Should Have At Home

While I’m sure there are people out there who consider themselves preppers, but don’t have guns, I’m also sure that they are in the minority. Let’s face it; people are the most dangerous predators on the face of the planet. When they’re hungry… or even worse, when their kids are hungry, there’s no telling what they will do. 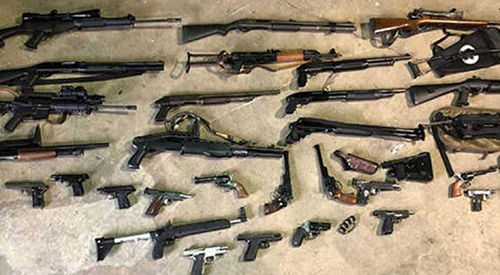 Guns are essential to a prepper because in a true life-or-death situation, we’ve got what everyone else needs. While our core desire may not be to kill anyone, we must be ready to protect our homes and families. Without guns, that’s going to be almost impossible to do.

At Least One Good Knife

The most basic piece of survival gear is the knife. While you don’t have to have a high quality knife to survive, you’re much better off if you have one. 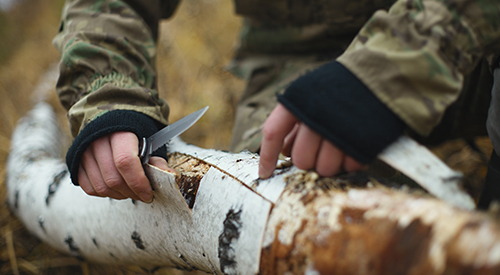 A low quality knife might work for now, but it isn’t going to last; nor is it going to hold an edge. Considering how many survival tasks require the use of a knife, most preppers don’t waste any time buying the best one they can afford. Many go on to collecting them.

Related: How To Correctly Choose Your Survival Knife

At Least One Good Flashlight

While a flashlight is not an essential piece of survival gear, it has almost become a hallmark of the prepper. 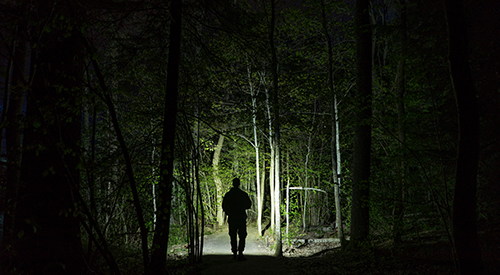 There are many times when a good tactical light can make a huge amount of difference, so they have become probably the number two piece of survival gear that most of us buy.

Related: 11 Things You Need to Have Ready for when the Power Grid Fails

These items are some basic things you have to have, if you’re going to be a prepper. Most of us start out with these things, even without someone giving us a detailed road map to follow. Why is that? Because we universally recognize each and every one of them as essentials to our survival. They are the things which truly make us preppers. 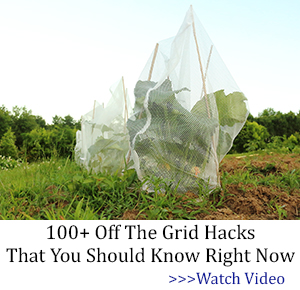 36 PVC DIY Projects for Your Homestead

Was Your Grandfather a Prepper?

What Do I Store in My Pantry As a Prepper?

Biden & Harris Will Use Executive Orders To Override 2nd Amendment